CPAs and Selling – Not Always a Perfect Match 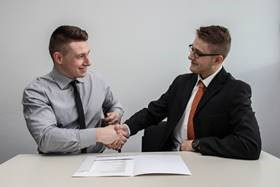 In one of the classic scenes of the 70s sitcom “Happy Days,” Richie Cunningham is on a dating dry spell and his self-confidence is hovering at an all-time low. He enlists his pal and womanizer Fonzie for help to jump-start his love life but to no avail. When Fonzie instructs him to approach a pretty girl in a booth at the local greasy spoon, he responds with an opening line of “You don’t want to go out with me do you?”

Some folks are simply not salespeople – whether selling themselves or services. Throughout my career I have met more than a few of what I would call “platinum-level” salespeople. During a  brief job tenure at a health club chain many years ago, the head of sales was a sultry, turquoise-eyed redhead named Joan, who literally could market a lifetime membership to the folks starring in the reality show “my 600-pound life.”

With a husky voice reminiscent of a prime Lauren Bacall and the body of a Sports Illustrated swimsuit model, she had most drooling male members signing on the dotted line within minutes. And truth be told, she was equally effective with potential female members as well. It was no surprise she easily led the company in sales year after year.

Ditto for a salesman at a local car dealership. While my wife and I waited “on deck” to be waited on, I watched as he not only closed a deal in minutes but got a young couple to agree to every conceivable upgrade that model could offer. The dealership manager later confided to us that the man sold 267 vehicles the prior year, which comes out to 1 sale every 1.4 days.

Sadly, salesmanship is not a skill that most CPAs possess.

I must be moving up in the world – only nobody told me!

I have this habit that I execute on Monday mornings. I clean out my junk mail folder on Outlook which is, for some reason, strangely empty on Friday afternoon and yet by Monday morning at 7 am, is stockpiled with offers and pitches for products, edgy publication subscriptions and health aid testimonials that for decorum let’s just say they claim that once ingested, will make Casanova seem like a middle school wallflower.

But lately the spam mails have been going upscale.

Where I once received regular solicitations from my local Volkswagen and Kia dealers, last weekend I received an invitation to come down to a Mercedes dealer and check out their new and used 550 series. Since that model’s MSRP is roughly $95,000, some marketer somewhere must have inadvertently added another zero to our adjusted gross income.

Truth be told it was sort of flattering, nonetheless. But it gets better.

Apparently, someone in auto cyberspace thinks that our financial profile fits the dream customer and thus I received another luxury car offer – this one from one of the premier vehicles currently manufactured. The Bentley.

Now I have been in a Bentley exactly once in my lifetime and I can readily attest to its justifying an average price tag of $200,000 and up. From a hand-stitched leather interior, mahogany dashboard, 12-cylinder high performance engine and top-of-the-line Breitling clock, a routine tune-up and oil change would most likely run comfortably in four figures. And trust me, you cannot insure it with a Geico policy.

Well as much as I would have liked to preserve those emails for posterity, I had little choice but to delete them into the circular file of cyberspace. 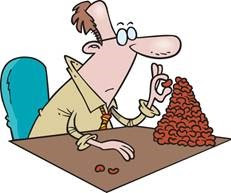 Last week I was privileged to teach a class on succession for one of the major software vendors to the accounting profession. The session like most everything in the era of COVID-19 was held virtually – a major disappointment because the annual three-day confab was initially scheduled to be held in Florida – which would have been a welcome respite to what is heretofore been a bit of a frosty fall in the Northeast.

You don’t need to enroll in a CPE class to know that we are living in unprecedented times – the coronavirus has impacted every facet of daily life and its eventual effect on the economy may yet far exceed that of the Great Depression of the 1930s.

As is customary the webinar provided a Q&A box for attendees who were certainly not hesitant to pepper me with questions – particularly those related to succession planning amidst the pandemic.

But perhaps the question that really drew my attention was when one participant wanted to know if they should be doing anything differently regarding succession in the face of the national crises. Should we be putting it off?

I thought about that for a moment and in an oversimplification, I quickly answered “no.”

And basically, that was my response.

Say Scram to the Spam! 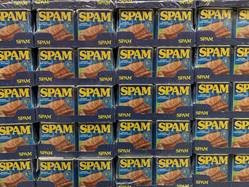 Over the course of a workday – this one beginning promptly at 8 a.m. and ending somewhere around 6 p.m., I received a total of 13 robocalls. Let me repeat that for emphasis: THIRTEEN! And sadly, they were equitably divided between my home and business lines.

Now I know as Election Day approaches most of you not surprisingly, have received calls from various political parties and candidates soliciting donations. And on this day, the Republican and Democratic National Committees accounted for six of those 13 calls.

The others were an eclectic mix of expiring car warranties, local business listing upgrades, one from a weight loss clinic in Philadelphia (which I took personal umbrage to) and the other from a chimney cleaning service.

Well that may be one I can use.

But there is hope for those who feel my pain. At least on the business side of things.

No Medals for Trying 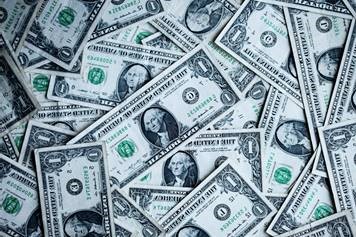 A far wiser person than I, once proclaimed that “opportunity is not a lengthy visitor.”

To say that both me and my family missed on some financial opportunities over the years would be like saying that a few businesses lost money during COVID-19.

For example, in the early 1960s, my father had a chance to invest in a parking garage near Pennsylvania Station in New York. At the time, the terminal was crumbling and outdated but was rumored to be in for a complete makeover. Naturally being risk-averse he passed.

Not only did Penn Station undergo a top-to-bottom renovation, but city planners relocated a gleaming new Madison Square Garden on top of it. Prior to the pandemic, the Garden averaged over 300 events a year, so you do the math in terms of parking fees.

As a footnote he instead went partners on a venture that placed stamp machines in drug stores. 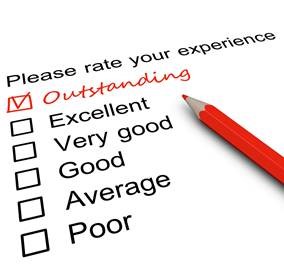 With sincere apologies to Mr. Dickens, the following is not so much a tale of two cities, but rather a tale of two companies and how they each approached customer/client service.

Few would argue that 2020 has been about the worst of times. I won’t rehash the free-fall that the pandemic has wrought, as that would take far more space than I’m allotted twice weekly in this column, but suffice to say there isn’t one person who hasn’t been affected in some way, whether through their business, or via the remote learning mandate for their children forcing working parents to remain home.

My fitness center, which incidentally refers to its members as “clients, “officially reopened on August 24, after having been closed since St. Patrick’s Day - albeit at 33 percent capacity. In a letter to members, err… clients, they offered the final week in August as a “test,” so members could determine whether they wanted to either restart or freeze their membership,

Far be it from me to refuse a free anything.

So you can imagine my surprise when I opened my credit card statement and saw that not only had they billed me for the month, but also charged me for the week that was supposed to be complimentary. So, I called their customer service department, and the conversation went something like this:

Me: “I’m calling to find out why you folks charged me for the week that was supposed to be free.”

Rep: “It was not free sir; it was a trial to see if you wanted to restart your membership.”

Me: “So, let me understand this, if I froze my membership then I would not have gotten charged?”

Rep: “I can let you speak to our regional manager if you like.”

Me: “No thanks. I will call my credit card company and have them dispute the charge.”

Now contrast that experience to one I had recently with my local supermarket.

It’s a rapidly expanding family owned business that I like to call the Nordstrom of grocery customer service. They go out of their way to help the customers to the point of ordering a requested item not in stock and delivering it to their house in person.

Last weekend we were having company and the Mrs. decided that short ribs would serve as the main offering. One problem, they were out of short ribs. I was about to settle for brisket when the owner himself overheard my plight, made one phone call to their central commissary, and told me that the order would be ready in less than an hour.

And not stopping there, he offered to have someone deliver it in the company van.

I thanked him but told him I would return to pick it up. Truth be told, the store is more expensive than the big box chain grocers in the area, but customer service vignettes like that are why I do not think twice about paying more for some things.

Examples like that are truly the best of times in sadly the worst of times.

Posted by Transition Advisors at 9:00 AM No comments: 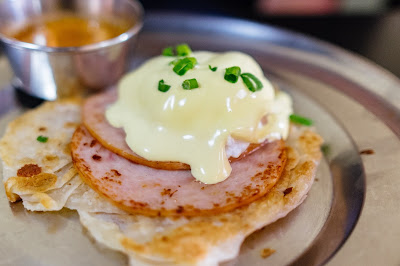 Legendary investor Warren Buffet once remarked that writing a check was the difference between making a commitment and participating in a conversation. Or, breaking it down in simpler terms, take a basic recipe of ham and eggs. One can surmise that the chicken participated, whereas the pig made a commitment.

The “C” word – commitment - has been hard to come by these days – particularly within the sphere of CPA firm M&A.

There’s always existed an intractable dichotomy in any deal – whether selling a CPA firm or a used car. The buyer wants to pay the least amount for the item in question while the seller firm wants to get as much as they possibly can.

Add to that the fact that accountants have historically, been about the least decisive demographic when it comes to making a personal business decision that I have ever encountered. They can easily dispense sage advice to clients, but when it comes to their own firms, they stammer and hem like a confused contestant on Final Jeopardy.

No matter the facts to the contrary on their lack of succession, many just cannot bring themselves to pull the trigger. And the COVID-19 pandemic has only served to exacerbate their indecision.

I realize that meeting a potential buyer/successor over a Zoom or Microsoft Teams call will probably not prompt most people to sell or merge without actually meeting said buyer in person.

Bill Carlino is Managing Director of National Consulting Services for Transition Advisors, LLC. - internationally known experts in consulting for the accounting profession who specialize in advising managing partners who are actively pursuing growth and succession strategies, including expert advice on mergers and acquisitions.